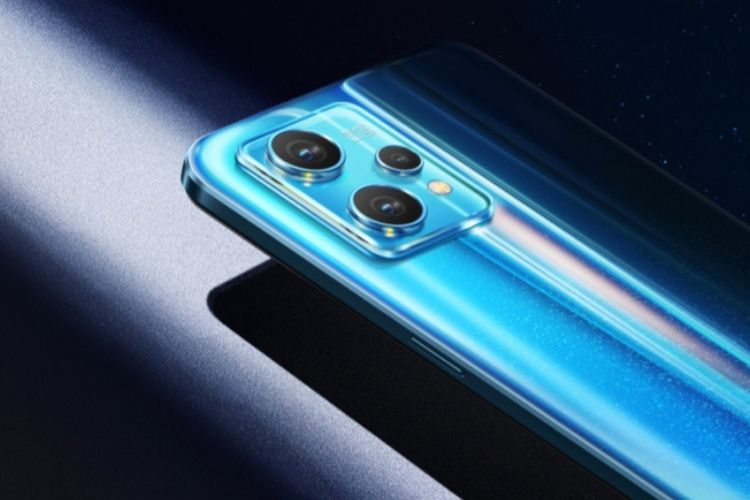 Realme has finally launched the Realme 9 Pro and the 9 Pro+ in India as part of the latest Realme 9 series. The smartphones will succeed the Realme 8 phones and take forward their good-looking design, impressive specs, and affordable price tag. Here’s a look at what all the phones offer.

The Realme 9 Pro+ is the elder one and comes with a number of intriguing elements such as the light shift designa 50MP Sony IMX766 main cameraa 90Hz AMOLED display, and more.

The smartphone comes with a design different from the Realme 8 phones, but akin to the Realme GT Neo 2† You get a rear camera hump with two big camera housings, a small camera housing, and an LED flash. There is a textured back panel, which can go from blue to red at different angles if you choose the Sunrise Blue color option. The Midnight Black and Aurora Green color options don’t offer this color-changing scheme.

The device sports a 6.4-inch AMOLED punch-hole display with a 90Hz Adaptive refresh rate and is powered by the MediaTek Dimensity 920 chipset, which is touted as the fastest 5G SoC in the price segment. This is paired with Mali-G98 GPU for 9% after gaming performance, improved CPU performance, and offers a powerful ISP. Realme 9 Pro+ comes with up to 8GB of RAM and up to 128GB of storage.

The photography bit is handled by, as mentioned earlier, a 50MP main camera with OIS support, an ultra-wide camera with a field of view of 119 degrees, and a 2MP macro camera. The front snapper stands at 16MP and comes with Clear Fusion Algorithm tech that will allow for sharper and clearer selfies. The main camera is expected to capture more light with the ProLight Imaging tech for more details and less noise, especially during low-light conditions. The phone also comes with Street Photography 2.0 (with smart long exposure mode), 90s Pop Filter, Peak & Zoom, and more camera features.

The Realme 9 Pro has relatively toned-down specs as compared to the Pro+ variant. It also gets the same looks, color options, and boasts the same Light Shift design as its elder sibling. The phone sports a 6.4-inch punch-hole screen with support for a 120Hz refresh rate† The higher refresh rate is more like a consolidation for the inclusion of an LCD display panel.

The chipset is also different. The Realme 9 Pro is powered by the Snapdragon 695 mobile platform and comes equipped with up to 8GB of RAM and 128GB of storage. It also comes with a RAM expansion of up to 5GB. Another difference is in the camera department. there is a 64MP primary camera, along with an ultra-wide camera and a macro camera onboard here. The selfie camera here is the same as the 9 Pro+. The camera features include the Street Photography 2.0, improved Nightscape mode, and more.

The device is backed by a 5,000mAh battery with support for 33W fast charging, which is slower than what the Pro+ variant offers. It also runs Realme UI 3.0 based on Android 12. The phone comes with 5G support, a Liquid Cooling system, a 3.5mm headphone jack, and more.

The Realme 9 Pro series comes in multiple RAM+storage variants and here’s a look at what are their prices:

The Realme 9 Pro+ will be available to buy as part of the first sale on February 21 via Flipkart and the company’s website, while the Realme 9 Pro will be up for grabs on February 23. People can also get an iinstant discount of Rs 2,000 on the use of HDFC Bank cards.

Moreover, Realme has also announced that it will introduce the Realme GT 2 series globally at the upcoming MWC 2022 event on February 28. It was launched initially in China recently†

OnePlus Nord Watch Details Revealed Ahead of Launch in India