OnePlus 10 Pro is confirmed to launch in the global markets as well as in India this month. The launch could be scheduled for March 24 if rumors are to be believed. Ahead of the launch, we have details on the phone’s color, storage, and more details for the India market. Here’s what to expect. 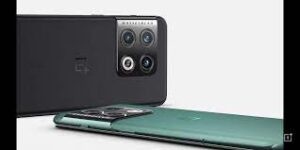 A report by 91Mobiles suggests that the OnePlus 10 Pro will launch in India in Volcanic Black and Emerald Forest color options, much like its Chinese variant. There’s no word on the recently Panda White variant’s availability in India but it may launch after some time.

See also  How to Change Your Discord Status in 2022 (Guide)

The smartphone is also said to come in two RAM+Storage configurations in India: 8GB+128GB and 12GB+256GB, much like last year’s OnePlus 9 Pro. The 8GB+256GB variant might not make it to India.

As for the other specs, things will remain the same as the Chinese variant. For those who have forgotten, the OnePlus 10 Pro features a new design with a massive rear camera hump and a punch-hole screen. there is a 6.7-inch 2K Fluid AMOLED LTPO 2.0 display with 120Hz refresh rate support. The phone is powered by the Snapdragon 8 Gen 1 chipset, coupled with up to 12GB of RAM and 256GB of storage.

It includes a 48MP main camera with OIS, a 50MP ultra-wide camera with a Fisheye mode, and an 8MP telephoto lens. The front snapper stands at 32MP. There’s support for camera features such as up to 3.3x optical zoom, second-gen Hasselblad Pro mode, OnePlus Billion Color Solution for 10-bit color photography, 12-bit RAW photos, and more.

Since a lot of details are yet to be confirmed by OnePlus, it’s best to wait and watch. We will update you, so follow us for further details.